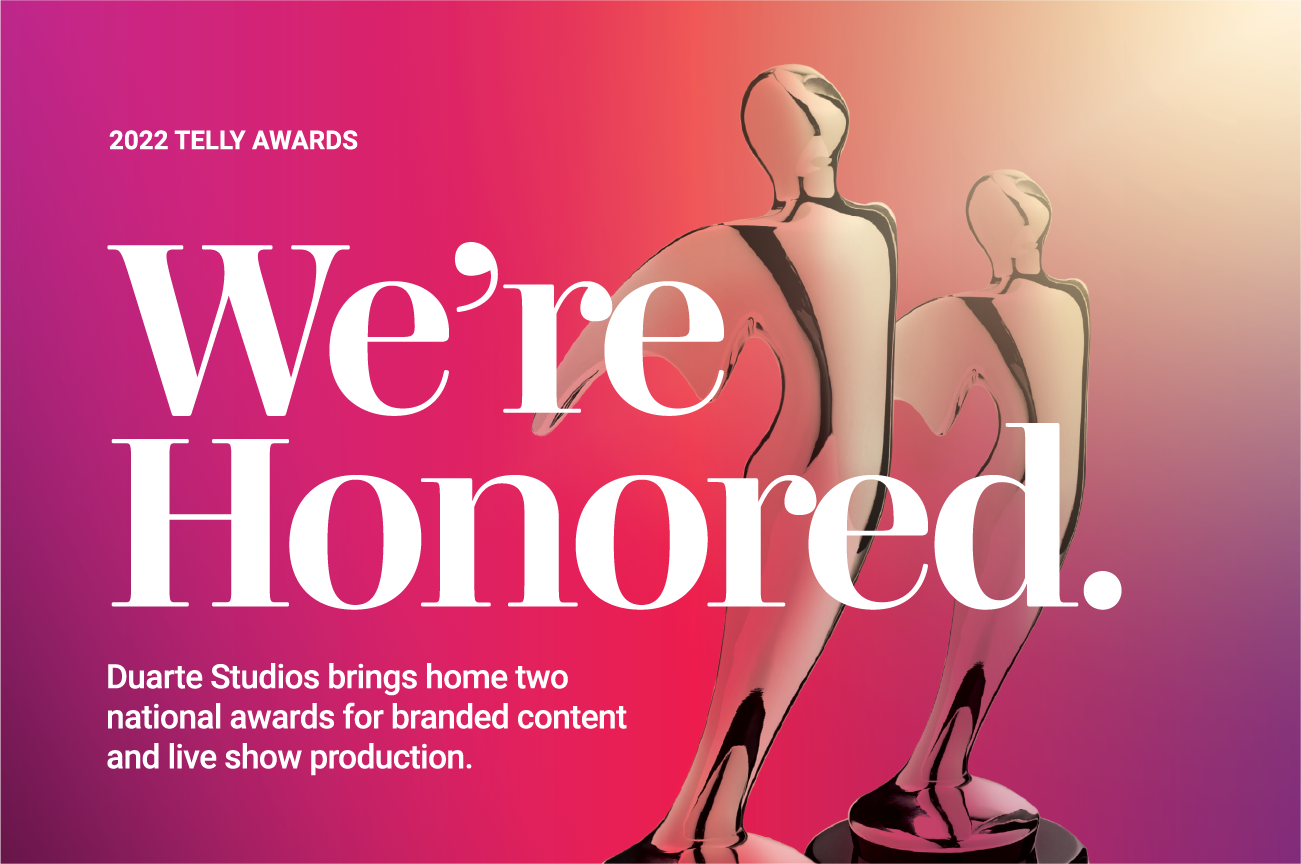 We are extremely honored and humbled to have received national Telly Awards for two of our productions: The live-stream production of Punahou School’s Virtual Alumni Luau, and a promotional brand video for The Park on Keeaumoku’s new condo development.

Punahou’s live show was in the company of other contestants such as the MTV Video Music Awards (who won gold in the very same category).

Thank you to Punahou and The Park for allowing us to push the envelope and create meaningful content that stands out amongst the rest. And to our crew – we couldn’t have done it without you – your commitment, talents and heart make us who we are.

The Telly Awards is the premier award honoring video and television across all screens. Established in 1979, The Telly Awards receives over 12,000 entries from all 50 states and 5 continents. Entrants are judged by an industry body of over 200 leading experts including advertising agencies, production companies, and major television networks, reflective of the multiscreen industry.

Brand Video // The Park At Keeaumoku